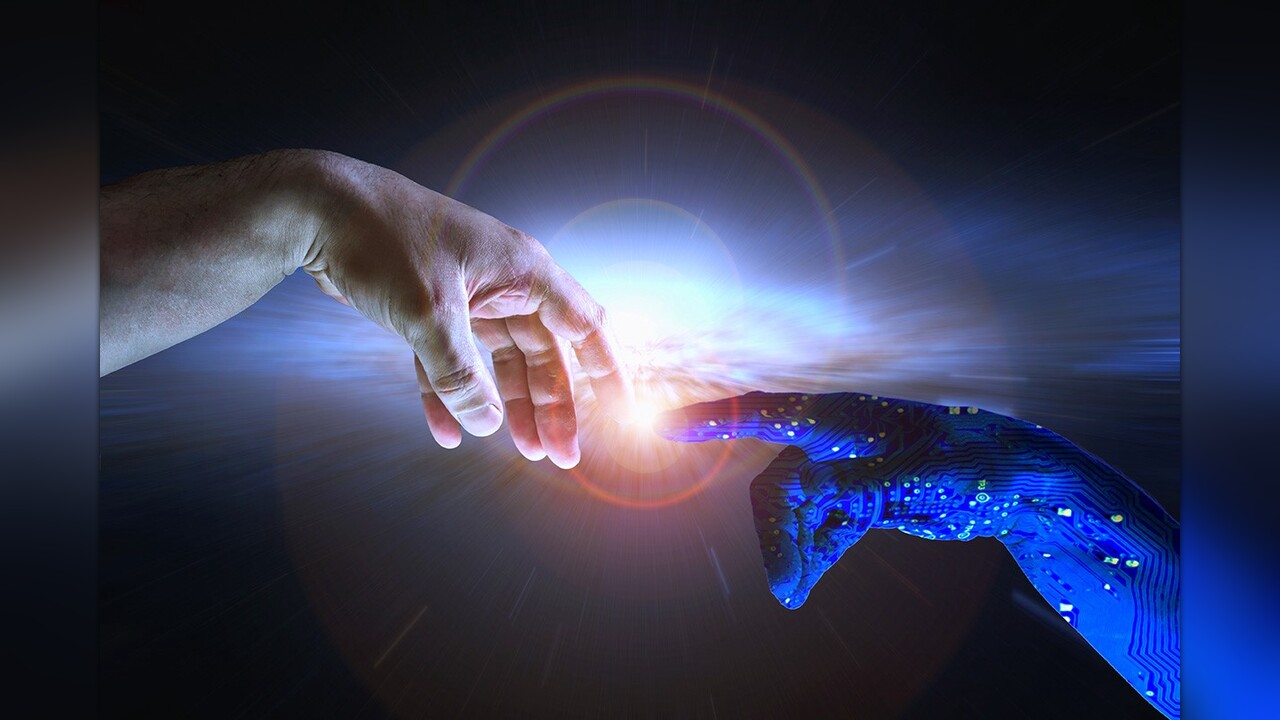 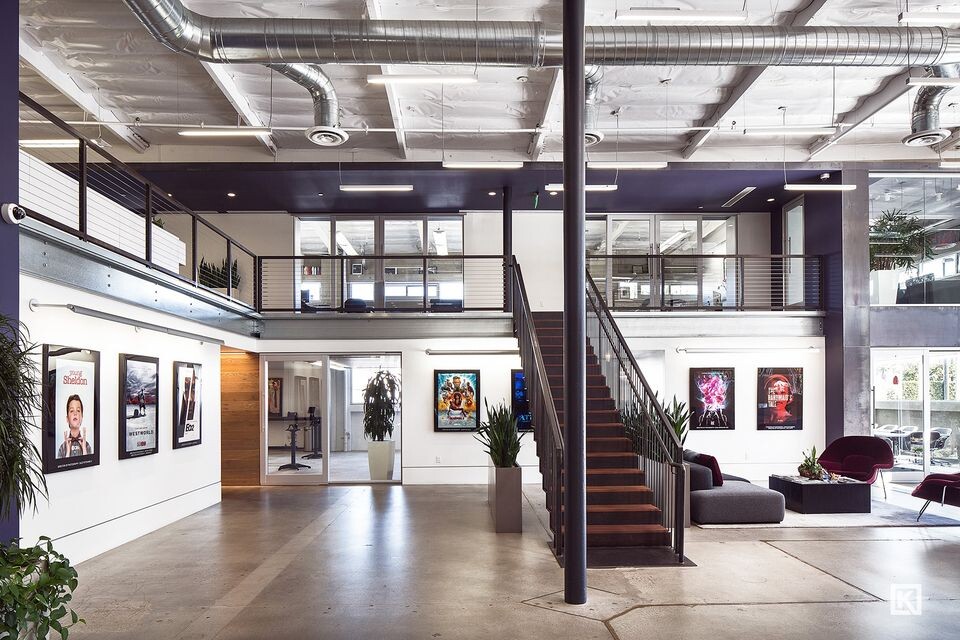 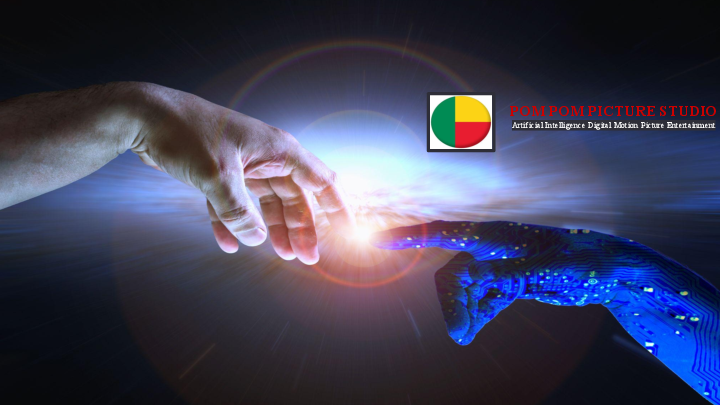 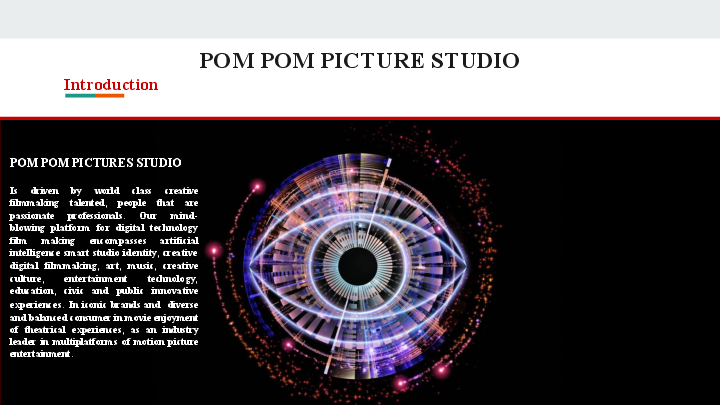 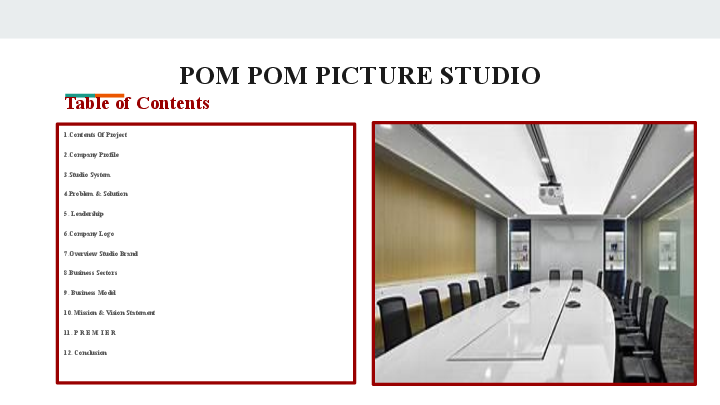 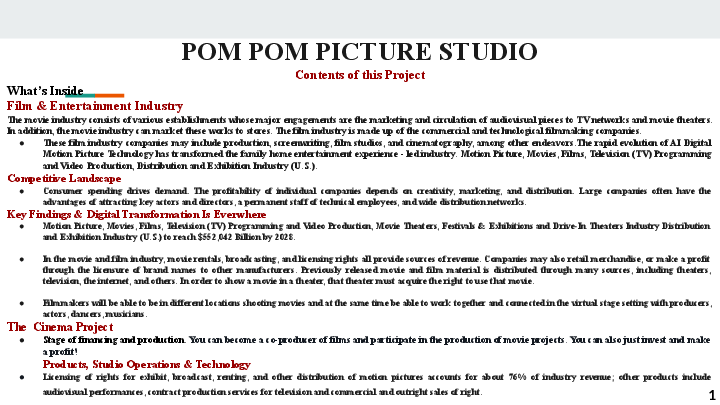 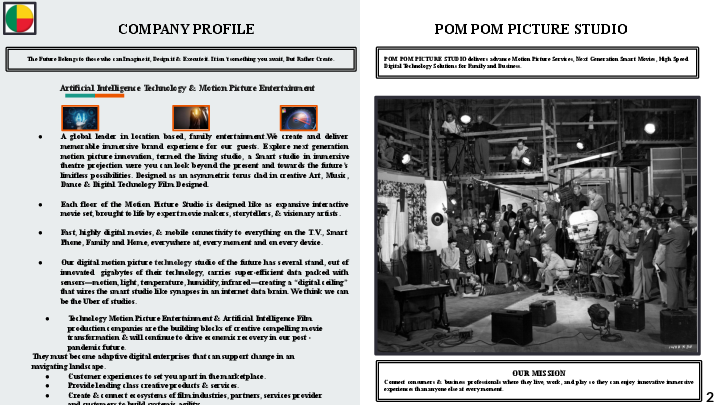 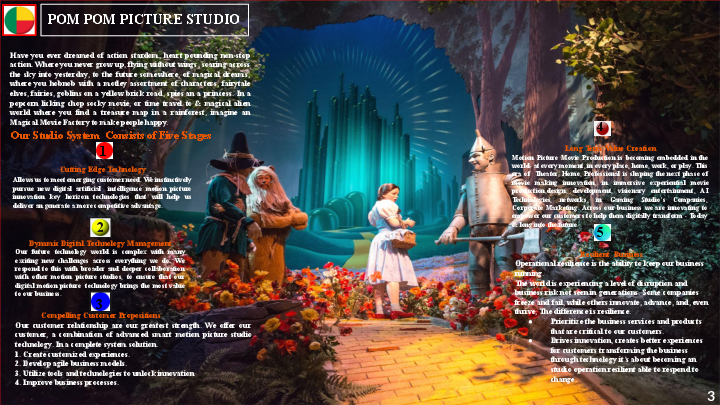 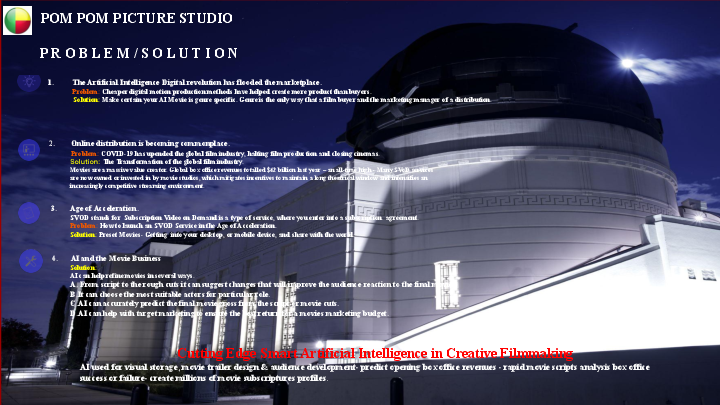 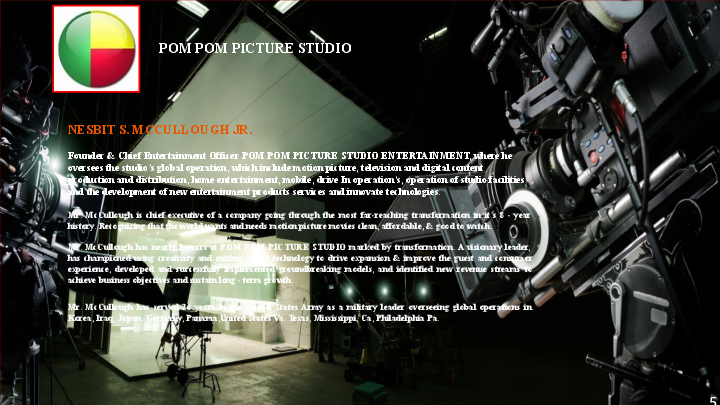 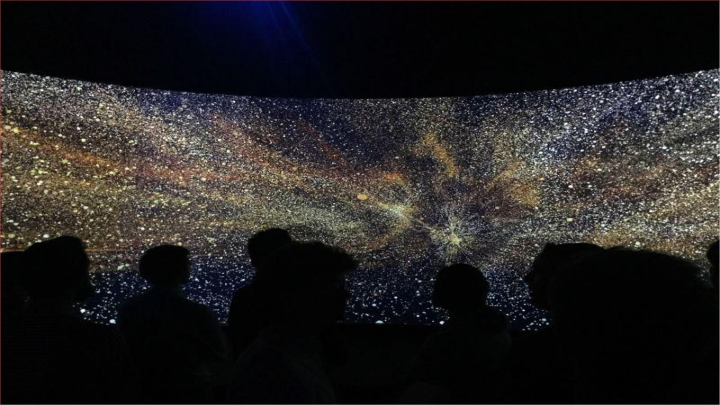 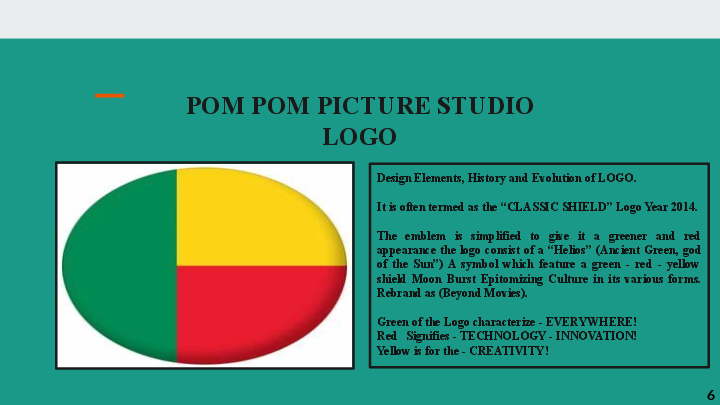 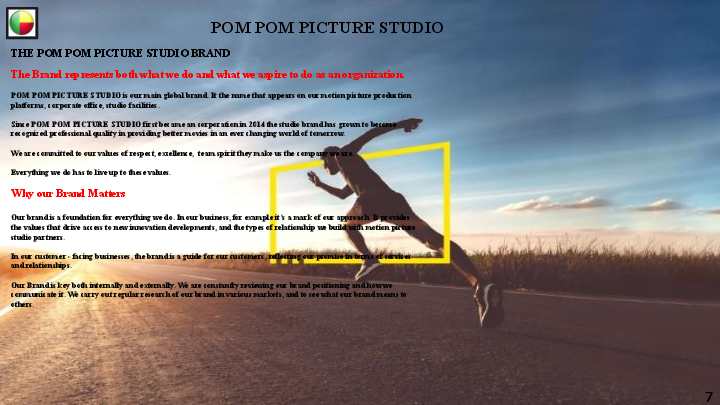 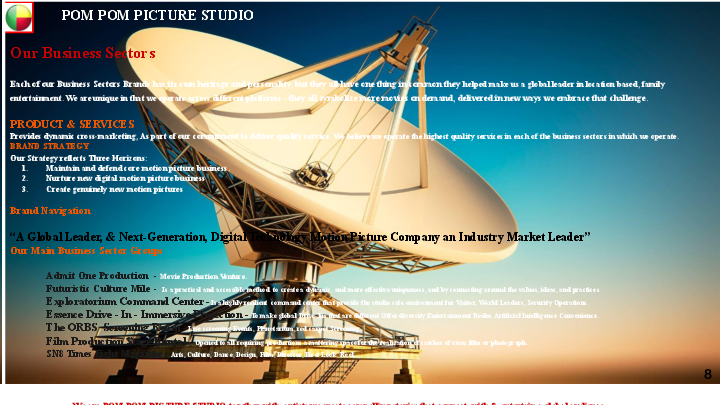 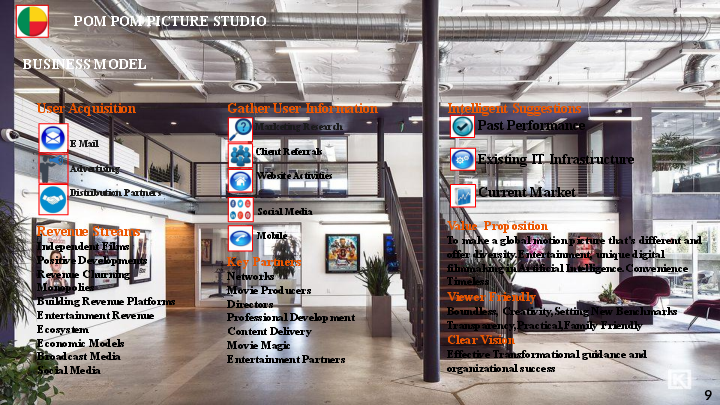 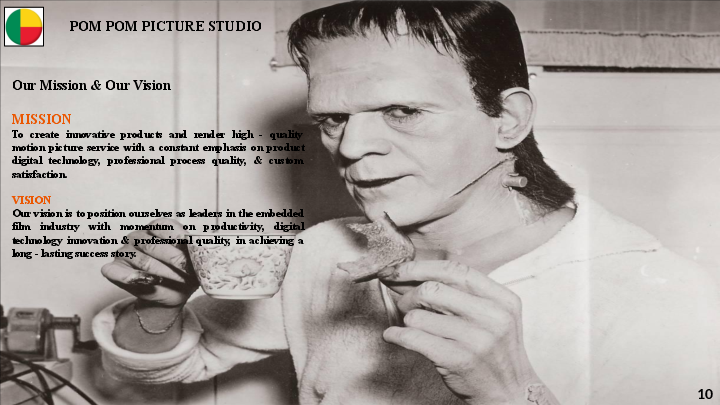 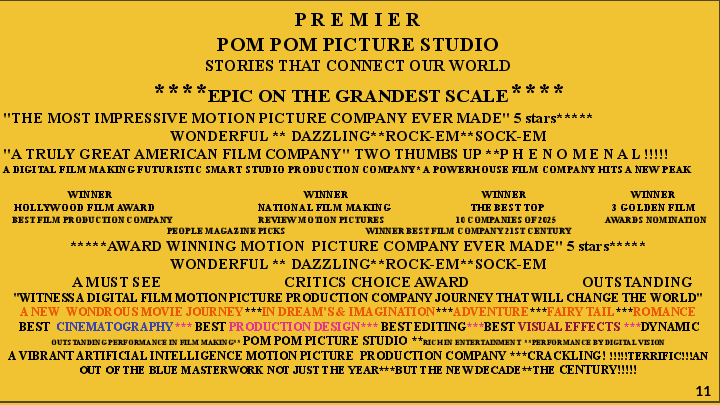 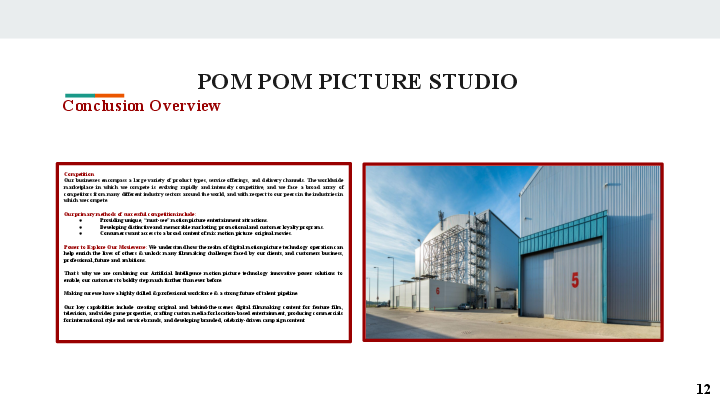 Pom Pom Picture Studio is a creative global design and digital motion picture production smart studio, creating custom brand, content driven feature movie experiences in the physical world. Our award-winning group of producers, powerhouse directors, editors, and designers can be found working on a variety of projects at any given time.
Film production is one art that requires a ton of skills. This is so that nothing short of the best is produced. Pom Pom Picture StudioTM Film and Video Production Company is a one stop and standard film and video production company that is fully equipped with the latest technology in the film and video production industry.

How is AI used in movies?

Writing Scripts: Artificial Intelligence may also be used for analyzing scripts that will be made into a film. AI algorithms can study the script storyline, bring forward possible questions, uncertainties, and suggestions, thus making the process of script analysis much easier and faster.

Our Products and Services

Action and adventure films, Comedy films, Drama films, Thriller/suspense films, Musical Videos, Documentaries.
Conclusion / Our Technology
Our studio driven technology is at the center of our creative filmmaking business, enabling our motion picture studio to transform our digital capabilities to succeed in the film industry.

Navigate to communications for the ability to change recipients, manage your drafts, and view/edit your scheduled updates. 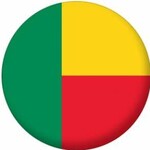 POM POM PICTURE STUDIO is managing the funds for this campaign.